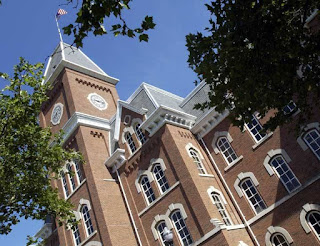 The Department of Mathematics at the Ohio State University, in conjunction with the Mathematics Research Institute, is  running a program during the 2011-2012 academic year entitled Interactions Between Ergodic Theory, Number Theory and Noncommutative Geometry. The first workshop entitled      Dynamics on Homogeneous Spaces and Number Theory  was held on September 12-16, 2011.

A second workshop on  Noncommutative Geometry: Multiple Connections,  will start next week and will go on during May 7-18, 2012. 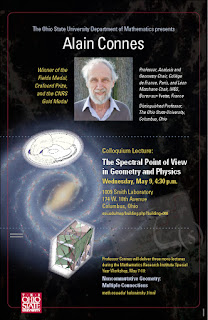